For the two long weeks delegates from 195 countries are gathering together at the Climate Change Conference 2015 in Paris to find consensus on a treaty, the so-called . A difficult task with everyone fighting to protect the interests of their own country.

As a team of eleven journalists we accompanied seven insiders and consultants from various countries from day one in the proceedings until the final decision in the main plenary hall „La Seine“ in an extensive multimedia production. We produced multimedia articles, video reportages and interviews, radio reports and photo reportages.

“Das Paris-Protokoll” was nominated for the Grimme Online Award 2016 and the Goldene Kamera 2017. 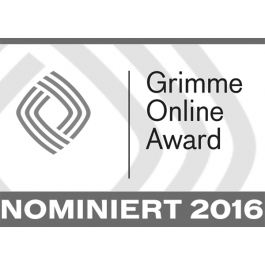 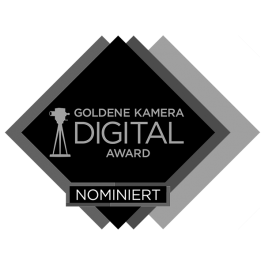 From the 30th of November 2015 until 12th of December we produced twelve multimedia articles, 9 video reportages, 12 explainer-interviews, six radio reports, and I shot 5 photo reportages and about 5.700 photographs, reflecting both the perspectives of our seven insiders and showing daily congress life of 40.000 participants.

We reported for German TV-Channel NDR, tagesschau.de, Tagesschau24, ARD Radio and sueddeutsche.de. And of course live on twitter and facebook.

We continued our storytelling principle of the blog Brafus 2014 where we produced posts with integrated multimedia elements: Texts, audio reports, films and photo documentaries function as integrated modules of an article and thus become part of the whole story.

And at the end of the summit, a 30-minute TV report merged the entire event and reportages into one film.

“You poor people on that side of the line? You’re fucked…”

Except for a small series from the preparation meetings in Bonn, the documentary shows two intense weeks in Paris and the daily life of the summit: stress, insomnia, frustration, success, happiness.

I had the extraordinary opportunity to document non-public sessions such as the (the Least Developed Countries) or the (Ad Hoc Working Group), who were in charge of preparing the “Paris Agreement”.

And finally, the possibility to shoot close up the exhausting and dramatic last hours of the final session in the plenary hall “La Seine” until Laurent Fabius’ hammer finally hit the table.

See all series from Paris

I was responsible for art direction, logo and layout design as well as coding, with Philipp Dittrich.
The one-pager shows the 13 days of the summit with all articles, galleries, radio clips and video reports.

The layout is based on a column on the left dedicated to our seven insiders who relate to the corresponding articles in the main content part on the right.
So all articles including detailed information about our seven Inside are always available one click away in the left column.

Besides our seven insiders we also categorized all countries, such as the decision-makers, the obstructionists, the weak and the climbers.

The blog is based on WordPress Content Management and the mobile ready framework is .
Typefaces used are: Google Fonts Roboto, Roboto Mono and Georgia.

On the 13th of December the COP21 was history. The Paris Agreement the center of tough and long discussions and the following COPs with many disappointments.

Our 30 minute TV-reportage tells the story of our seven insiders during the two week Paris 2015 summit. It was aired for the first time on 17th of December 2015.

Interactive information graphics by our cooperation partner CORRECT!V show the correlation between GDP and CO2 emissions of the countries in groups: the decision-makers, the obstructionists, the weak and the climbers.

(About the climate summit as a city)

(About a day with Ilka Wagner, German delegation)

(About a day with Hans Verolme, consultant)

By Nina Zimmermann. Find all clips on Soundcloud.

Looking behind the scenes of the World Cups in Russia, Brasil and South Africa.

From Yakutia to Moscow. A multimedia blog about Russia during the World Cup 2018.
A multimedia journey through Brazil. Looking behind the facade of the World Cup 2014.
A multimedia journey from Cape Town to Johannesburg. Looking behind the scenes of the first World Cup on African soil.
All photo stories shot during World Cup.
A country between melancholy and longing for more.
A country awakening?
Cookies are used on my website. By clicking “Accept”, you consent to the use of ALL the cookies.
SettingsRead MoreACCEPT
Privacy & Cookies Policy